An Interview with Courtney Walsh 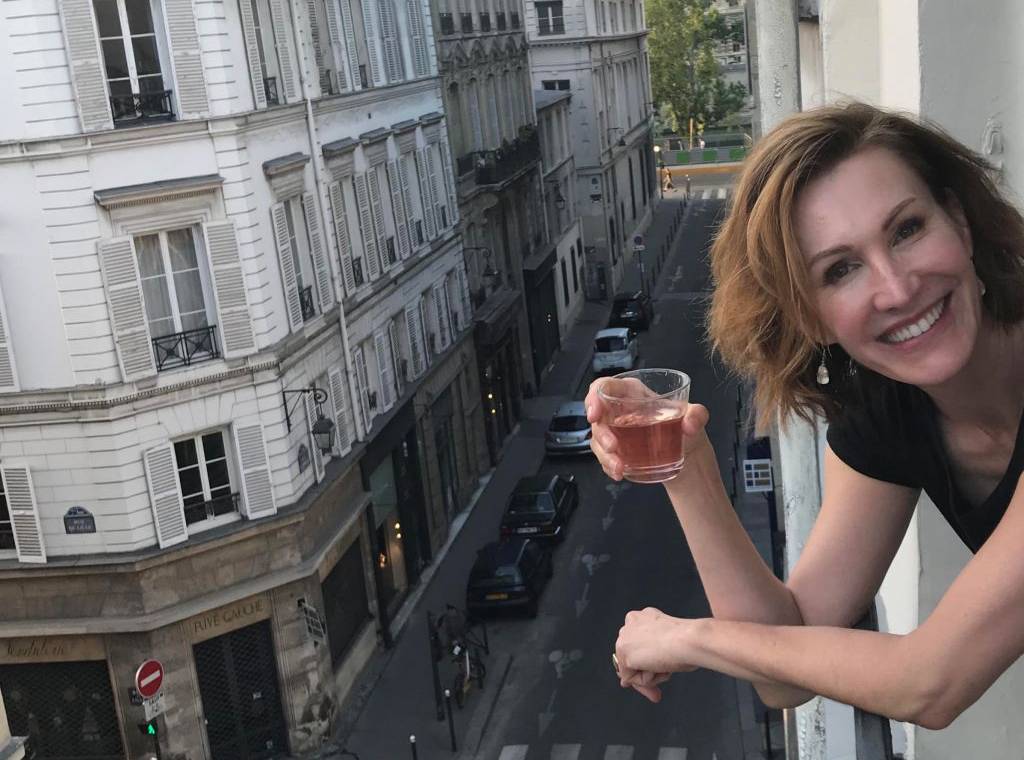 I first met Courtney Walsh at a Julia Fornage Atelier de Cuisine et Conversation. It was in spring of 2019, and she was about to leave for Paris. I recall she towered about a foot over my head, and it didn’t surprise me that she was an actress.

When I recently caught up with her by email, there was a string of productions in her signature line. La Peur struck my curiosity as the play was to be performed in French. Having recalled Stefan Zweig from my university days, I did a Google search and was intrigued with the story. So I sent Courtney interview questions and am grateful for her amazingly quick response. I’m definitely going to see this production, and hope that this interview sparks readers’ curiosity to see Courtney’s Elsa tormenting poor Irène on stage at the Exit Theater in San Francisco (Feb. 13-29) tout en parlant en français !

Note: Be advised that the play is in the theater district in the Tenderloin with a significant homeless population which may be distressing to theatergoers.

GS: Courtney, how did you get your start as an actor?

CW: I began acting in high school and then studied theater at Yale. After graduating with a B.A. in Theater Studies, I was an actor in Los Angeles, where I also volunteered as a caregiver for abused children. After about three years, while I enjoyed my work as an actor, my work and child abuse became more compelling to me.

I took a 15 year detour to become an attorney for abused children. I did trial work, and finally appellate work, arguing a case in the California Supreme Court. I found that my acting skills complemented my advocacy skills.

I returned to theater in 2006 because at that point, I had four children of my own and because of the emotional toll of child abuse work. I had not thought I would return to acting, but someone who didn’t even know that I ever stopped acting asked if I would do a reading of his play. A producer spotted me in there and recommended that I audition for another director. I have just continued to work since then.

GS: Is this your first theater play in a foreign language / in French?  How did you prepare for it? Have you been speaking French for a long time?

CW: A few years ago I did a production of Samuel Beckett’s Happy Days, in English. A French producer saw it and asked me if I could learn it in French. Beckett wrote it in both languages, as he did with all of his plays.

It took about nine months to learn each version, because it is basically a one and a half hour monologue. The language is also very abstract, which is more difficult to learn than naturalistic speech.

I had to go back to the Alliance Française in San Francisco and brush up my French. I then performed the play in Paris and Montpellier, speaking French with an Irish accent (the character is Irish). I returned to Paris the following year to teach a workshop on Beckett at the École normale supérieure.

I learned French for the first time at Yale. Part of the theater major was the requirement that we be competent in two languages other than English, to the point where we could study literature in those languages. It was a very demanding major, and we were expected to be well educated in many areas including language, sociology, history, art history, etc. I spent a summer during college as a nanny with Peter Brook’s theater company when they were performing at Avignon. That helped tremendously with my ability to speak.

I had always wanted to return to speaking French in the last decade, and the Beckett play was the perfect opportunity. I have continued since then to attend classes first in San Francisco and more recently at the Santa Rosa Alliance Française. I also have a private dialect coach for the play.

Last summer I spent 2 1/2 months in Paris, and have resolved to spend at least a month there every year for as long as I can.

GS: Who do you play in this story? What do you find most challenging in portraying this character?

I play the character of Elsa (Note: the ex-girlfriend). The challenge is to combine the idea that she is both a real person, and the actual embodiment of fear.

GS: This play is a French adaptation from the German novella “Angst” (Fear) published in 1925. Do you find that the French adaptation reflects modern day speech? Do you feel there are differences in how an actor expresses herself in a French vs. English?

The play is not written in totally modern French. It is a slightly more formal style of the 1950s, in which this place is set.

Yes, there is a tremendous difference between acting in English and in French. I taught an entire workshop on this in Paris regarding the differences between the two versions of the Beckett play. I have been told that I am only the second person who has ever performed that play in both languages, and I find the topic very interesting.

As one small example: English has very few elisions. For example, if you speak each word of an English text, the audience will understand you. In French, if you do not elide certain words, the meaning of what you are saying is less clear to the audience.

The stress also tends to fall downward, on the ends of sentences in French, which is different from English.

English speakers find this distracting, but it is much more accepted apparently among Europeans, where actors from different countries work in their non-native languages. Since it is nearly impossible to have no trace of an accent if you have learned a foreign language after a certain point in your life, I find this reassuring.

I can do many English-based accents with no detectable Americanisms, but because French has a vowel sounds that do not exist in English, I know I will always have some trace of an accent.

GS: The premise of this play is relatively straightforward – a married woman tormented by guilt and fear from carrying on an affair. What level of French language abilities would a viewer need to have in order to appreciate the play?

CW: Because it is not super modern, the actors tend to speak more clearly. But there are also English super titles which are projected simultaneously. So anybody who can watch a movie with English subtitles can watch the play.

GS: What’s your favorite line(s) of dialogue and why?

CW: I like the initial exchanges between the two women, because my character has no inhibition about deflating the pretentiousness of the woman she is tormenting.

GS: What do you think will surprise people about this play?

CW: There is a wonderful twist at the end. That’s all I can say about that 🙂

GS: What do you hope people will come away with after seeing this play?

CW: I hope they will recognize the value of stretching their mind with another language and of being participants in a communal experience around art and culture.